Worth More Alive – 12 years and 20 marathons on

Paul Goldstein has raised over £300,000 with his Worth More Alive campaign for the protection of Bengal tigers. Traditional medicine is the largest immediate threat to the remaining Bengal tiger population as end users continue to employ tiger parts for unproven medical remedies. Dead, its bodily parts harvested, a tiger is worth $30,000 to a few despicable dealers. Alive, with all ancillary benefits, a tiger can be worth up to $50 million. It is estimated that only 3,000 Bengal tigers are left in existence, a small rise, but these animals are still desperately threatened.

It's been 12 years since Paul first ran the London Marathon in his (now legendary) tiger suit to raise money for these vulnerable animals. He and his suit have completed 20 marathons overall, conquering Kilimanjaro and most recently, Everest in his epic grand finale. The money raised has built a new school, bought ambulances and patrol vehicles, drilled bore holes and refurbished two schools on the borders of Bandhavgarh National Park. Although he has finally hung up his running shoes and the Tiger suit, Paul is continuing to raise money for the Tiger Habitat project on the boundaries of Bandhavgarh National Park.

Where your donations will go:

The Tiger Habitat Project - modifying wood-based cattle sheds for 177 households in Bandhavgarh’s surrounding villages, which will reduce the amount of forest clearing in the tiger habitat and increase their security. Additionally, the project will replace wood burning cook-stoves with energy-efficient cook stoves in 280 households, which will not only reduce further forest clearing and therefore human-tiger conflict but decrease smoke inhalation for women and children during cooking.

A final word from Paul... "This really matters to me. In May 2022 I said goodbye to the suit for the last time, with a few tears shed and pounds lost but plenty of £'s gained. It has been a sometimes-gruelling pilgrimage, but also enormously fulfilling, mainly due to the incredible support and generosity of people who understand that these majestic and beautiful predators are... Worth More Alive!"

6 posts
No posts yet
Close

Fundraising complete, Worth More Alive X has reached 100% of the target!

Almost there, Worth More Alive X has reached 75% of the target!

Halfway there, Worth More Alive X has reached 50% of the target!

Uh-oh... looks like your session has expired. Please refresh the page.

Why not start your own fundraiser? It's so easy to get involved... 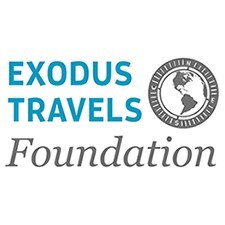 The Exodus Travels Foundation is proud to support initiatives all around the world, from sending disadvantaged children on inspiring days out, to helping create employment opportunities for female porters on Kilimanjaro. Our Foundation’s mission: To harness the power of travel to improve life in hard-to-reach places ... Read More

You are about to remove the message and all replies. Do you want to proceed?